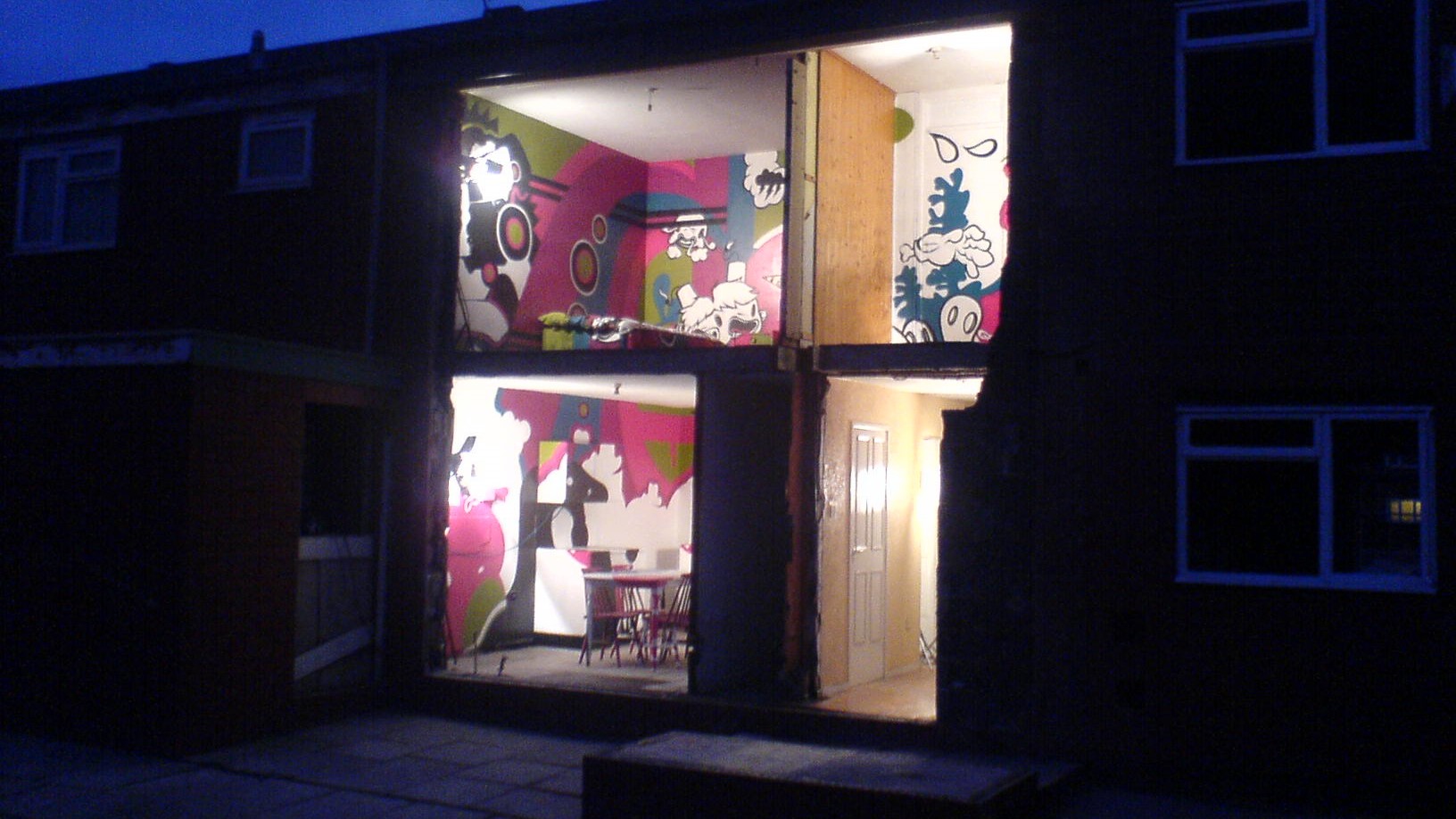 Arctic Monkey’s album ‘Favourite Worst Nightmare’ turned 12 last week and it was one of our homes that featured on the iconic cover!

An empty property in Garston was transformed with illustrations of things that the band liked, before they took the external wall off to reveal the colourful artwork in each room.

It all started when SLH was approached by the band in 2006 to see if they had a suitable home that they could use for their upcoming album. The band chose the three-bedroom home on Leeming Close, which was marked for demolition to make way for a 320-home regeneration programme in the area.

Frontman Alex Turner and drummer Matt Helders came to see the finished product where they met local residents and SLH employees who were equally excited about the photoshoot.

Colin Gibson, Director of Culture & Communications at SLH said “There was a lot of talk on Twitter about the 12th anniversary of the album, so our marketing & communications team plundered our archives to find some original snaps from the photoshoot. We shared these on our social media channels and things went a bit crazy after that. The post went viral on Facebook, reaching almost 200,000 users and we saw people from as far as Taiwan and Mexico engaging with us.”

The house was demolished in 2007 as part of a wider regeneration programme where 320 new homes were built in Garston for affordable rent and outright sale. Join us at our Western Avenue consulation event Are you getting Pension Credit?