Home / News / The winning road names at our Hale Road development are revealed!

The winning road names at our Hale Road development are revealed! 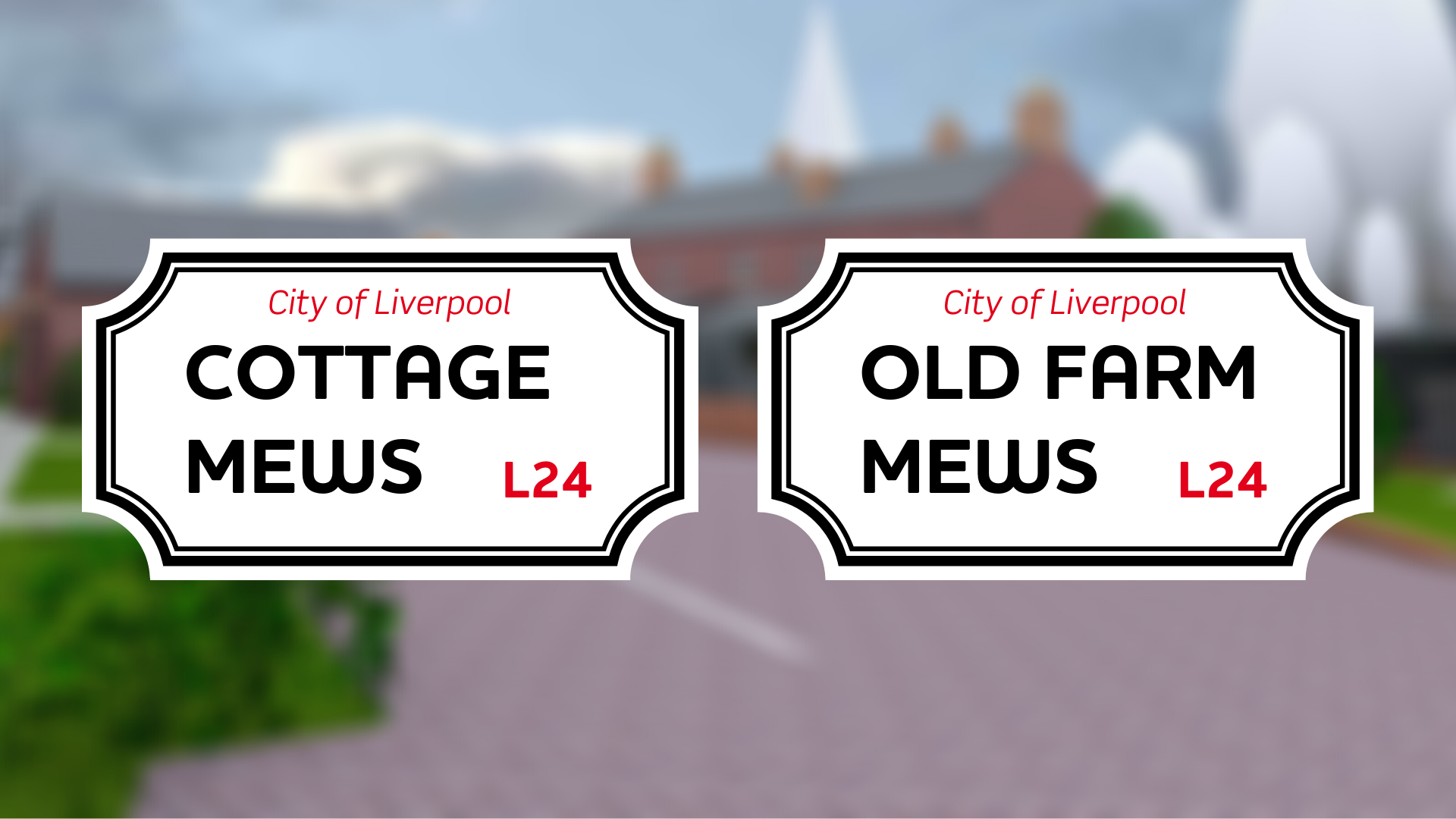 Back in February, we asked you to help us name two new cul-de-sacs at our Hale Road cottages development and we had a fabulous response with 29 suggestions!  We can reveal the two winning names are Cottage Mews and Old Farm Mews, which we love!

SLH chose to crowdsource names to involve the local community in the process and collect ideas that would be sent to Liverpool City Council to help them make the final decision.

In order to be eligible, proposed names had to meet certain criteria which included having a historical or community link to the site, the roads mustn’t be named after any person, living or deceased, and there must not be any duplication of existing roads within the Liverpool City boundary.

Liverpool City Council were impressed with the suggestions that were forwarded and after much deliberation chose the winning names which were suggested by Speke residents, @Angela Louise Neill and @Luna Szatsuma, respectively.

Work is well underway on the development which comprises of 17 bungalows and the refurbishment of three Grade II listed cottages. It is expected that the homes, with their new street names, will be completed early 2022.

Thank you to everyone who shared their ideas and we’ll keep you updated on the progress of this exciting development over the next few months. Text us your repairs feedback Invest in yourself this April for Stress Awareness Month! The winning road names at our Hale Road development are revealed! Claim your free bin and get composting with Grow Speke!