Home / News / Community groups in Speke get a Christmas surprise as they share £19,500 pot of money

Community groups in Speke get a Christmas surprise as they share £19,500 pot of money 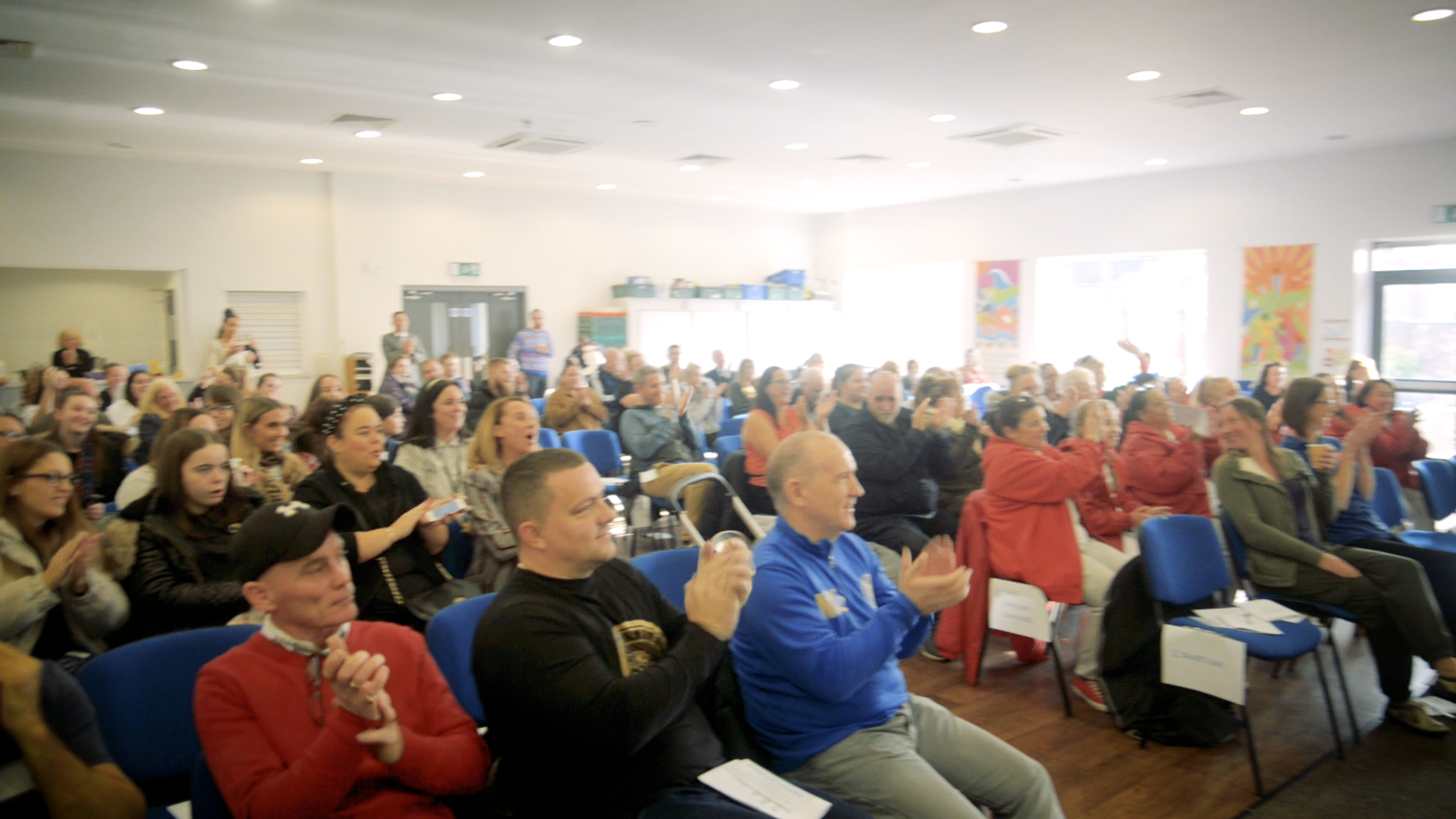 Local community groups in Speke were treated to an early Christmas present at the weekend when they received a share of a £19,500 between them.

21 local groups got the chance to bid for up to £14,000 of Proceeds of Crime money in a presentation-style event called Speke Up Louder at the Noah’s Ark Centre, Speke, on Saturday (14 Dec). Over 100 local residents turned out to the much-anticipated community event, a partnership between Merseyside Police, South Liverpool Homes and Onward Homes, to vote on how the money that’s been seized from criminals would most benefit the area.

A surprise twist on the day meant that ALL community groups benefitted as housing associations South Liverpool Homes and Onward Homes topped up the funding pot to £19,500 so that no community group went away empty-handed.

Julie Marsh, Director of Neighbourhood Management at South Liverpool Homes said: “All groups got the chance to bid up to £1,000 for their causes and once the bids were in, it was clear that the initial pot of money wouldn’t be enough to ensure everyone benefitted.  We didn’t want any of the groups to miss out, especially as they were all such worthy projects, so South Liverpool Homes and Onward Homes decided to top up the funding pot to ensure all 21 groups walked away with something.”

“This was a fantastic festive surprise for the local community and we are delighted to be able to do our bit to help the groups make a positive difference in Speke.  Delivering this programme alongside Merseyside Police and Onward Homes has helped strengthen community cohesion and I can’t think of a better way of utilising money that has been seized from criminal activity in the area.” continued Julie.

Community Inspector Paul Holden from Merseyside Police, said: “It’s great that money seized from criminals causing harm across the area can be given back to the community in this way and used to improve lives across Speke.

“We are committed to supporting the Speke Up Louder Partnership and will continue to do everything we can to support the local community.”

Paula from South Liverpool Diamonds Majorettes who received £1,000 said: "It's absolutely phenomenal. We couldn't have asked for anything else. Everybody who put a pitch in was well deserving of the money. We're all here at the end of the day to keep everybody off the streets and help everybody in the community."

Earlier this year, a similar event was held at the Crowne Plaza in Speke where local groups across Speke and Garston received a pot of funding of £21,000. This takes the total amount of money invested in Speke groups and projects to over £40,000 in less than a year. The Speke Up programme is being funded by the Home Office to strengthen the ‘community voice’ and address issues in areas affected by serious and organised crime.

The winning groups were: Replace the Blue with a Brew this Monday!