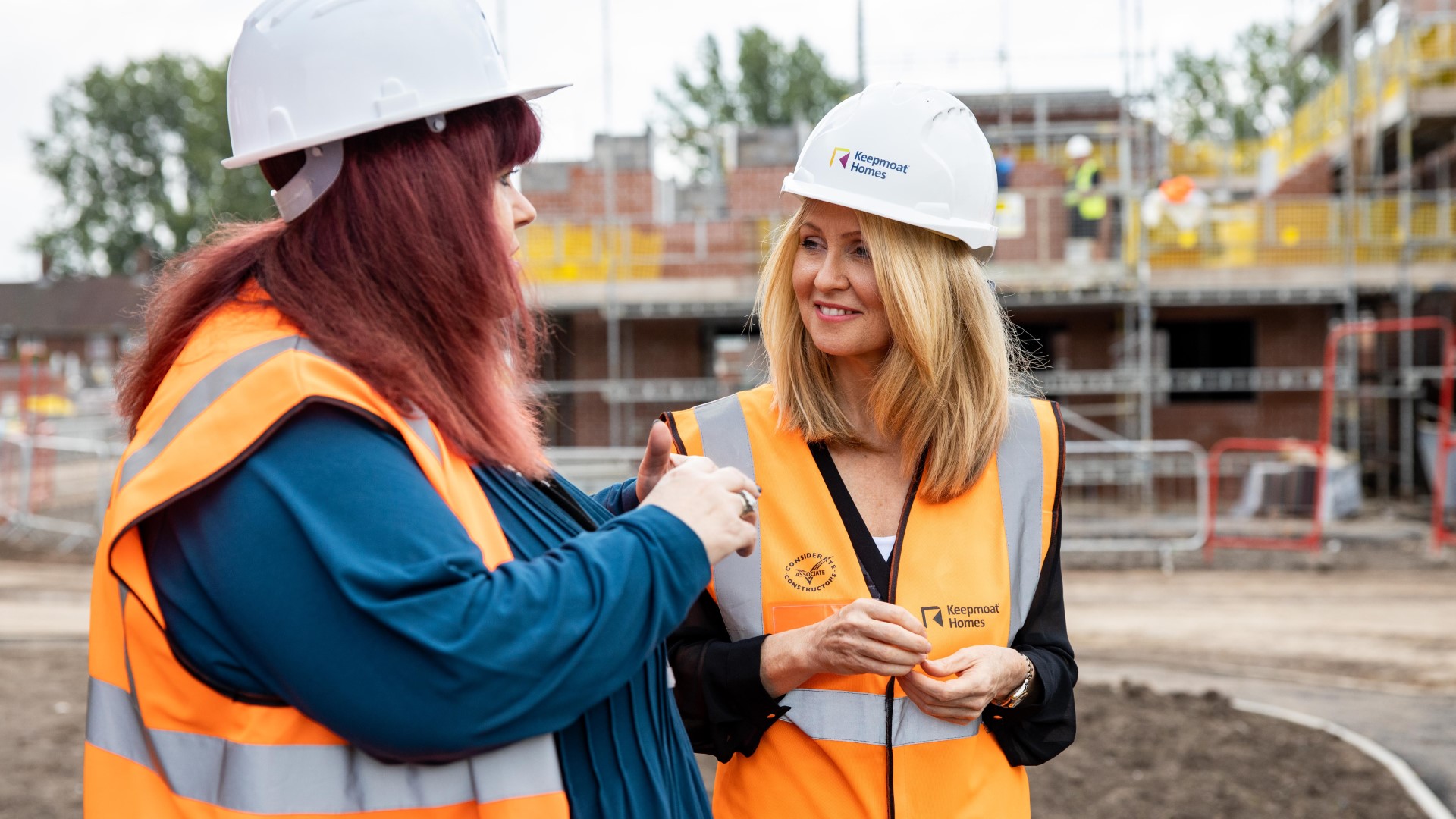 Housing Minister Esther McVey MP was in Speke yesterday (1 August) to visit South Liverpool Homes’ (SLH) latest community at Greenway Road and see for herself the impact that SLH’s partnership approach is having in the area.

The recently-appointed Minister of State for Housing and Planning met tenants who recently moved into the 118-home development, which is a mix of two, three and four-bedroom homes available for affordable rent and rent to buy, built in partnership with developer Keepmoat Homes.

The minister was also shown around one of four innovative modular homes, constructed by specialist company ilke. Constructed at ilke’s factory in Yorkshire and delivered to site by lorry, the homes arrived in sections and were ready for tenants in a matter of weeks, the first tenants moving in earlier in July.

Minister of State for Housing Rt Hon Esther McVey MP said: “It is great to come to my hometown, as someone who spent their early years in social housing, and see how the latest building methods are being used to deliver affordable properties people can be proud to call home.

“A century ago, the Addison Act was signed into law, allowing council housing to be built at scale for the first time. So it’s fitting to see the new generation of social housing being built right here in Liverpool, using cutting-edge technology.

“Meeting the residents here and seeing the community they have developed underlines this is not just about bricks and mortar, but about creating great places where people want to live.”

The minister met tenant Sharon Jones, whose family moved into a brand-new home on Greenway Road earlier this week.

"I love it - we only moved in yesterday but I'm feeling the benefits already,” Sharon said.

“My son has only just turned seven and he loves it as well. My other son loves it too because he's got his own little space now."

SLH Chief Executive Julie Fadden said: “We’re delighted that the new Minister of State for Housing and Planning chose to visit South Liverpool Homes so early in her tenure and see for herself the work we’re doing to make South Liverpool the place to be.

“We’re a small housing association that works hard to create homes and neighbourhoods in which people can thrive. I hope the minister saw that we punch above our weight in terms of delivering high-quality homes for the future, using a combination of traditional and modular construction methods, where design is key to ensuring our neighbourhoods are beautiful places to live.”

Gareth Roberts, Regional Managing Director at Keepmoat Homes said: “We’re proud to have worked in partnership with South Liverpool Homes to deliver these new homes at Greenway Road, an exciting new development in Speke which has created new affordable homes for the people of South Liverpool. This site also marks the first time one of our affordable housing partners has purchased a whole development in this region, an exciting milestone for our business.

“It is fantastic to welcome the newly appointed Minister of State for Housing, Esther McVey MP here today to see the quality new homes that we have built. This development site features a mix of both traditionally built houses and modular homes and provides a perfect example of how modular homes, which we have delivered with our partner ilke Homes, provide additionality to the house building industry and help to meet the country’s housing needs.”

The Minister also met 25-year old site Assistant Site Manager Matt Edwards, who started his career as an apprentice administrator before finding his progression route at the Greenway site.

“I emailed the Managing Director of the company asking what my progression route is and mentioned that I wanted to get into site management.

“They enrolled me on my Level 4 NVQ and an HNC in Construction and the future is looking really bright for me now.

“It’s a two-year course and I’m half way through it now. I see it as more of a career than just a job. The apprenticeship has been a really good progression route.”

The Greenway Road development is scheduled for completion in spring 2021 and is part of SLH’s plan to build 240 homes for affordable rent, rent to buy and shared ownership across South Liverpool by 2021. Let’s take a stand for #ASBAwarenessWeek